What is Wrong With Tunç Soyer’s Statement, “You are Barking Up the Wrong Tree!” 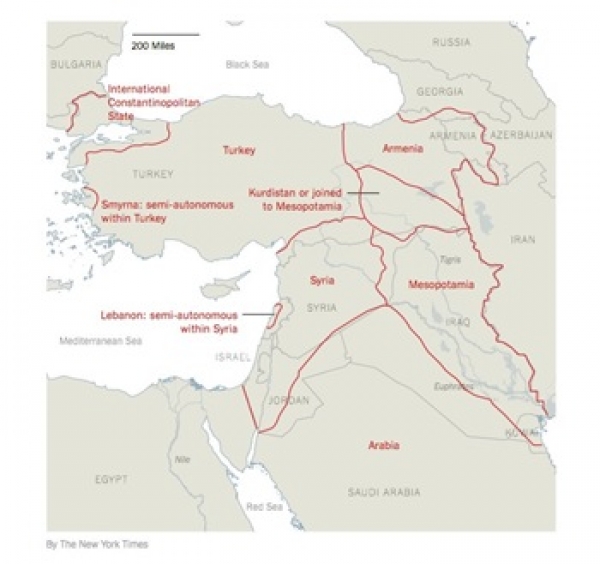 Do not underestimate July 15!

Never underestimate the emphasis of “July 15 was fiction” and see it as an ordinary message.

Even in commercial enterprises, the 5-year plan for near future can be observed

States must have 100-year plan for future.

It would be foolish to think that the influence of the Ottoman Empire was wiped out in a single battle which ruled the world from a single center Istanbul for 600 years, especially in Europe.

Until more recently, you will understand this better when you consider that in the farthest corner of Africa it was still read to the sermon attributed to the Ottoman Caliph.

The books we had to read in our recent history unfortunately took us away from our past.

This is what will happen if a cat raises a lion.

A loser who acts like a cat but is actually a lion.

July 15th was an attempt to implement the unimplemented parts of the Sykes-Picot agreement, which was drafted after the disintegration of the Ottoman Empire a century ago.

This time they failed, but they did not give up.

What they could not do with weapons, this time they had to do it with a political coup under the name of democracy.

The equal participatory politics brought to the Ottoman Empire by the Edict of Gülhane, which had 18 million Christians and Jews against 14 million Muslims in the nation, was the basis of the end of the Ottoman Empire.

The statement of Tunç Soyer, CHP Mayor of Izmir Municipality, reminded me of Mustafa Reşit Pasha who was the founder of Edict of Gülhane.

A so-called Ottoman intellectual loser who has moved away from his own customs and traditions.

The narrow-minded thought that modernism and development can be achieved through approaching France and England.

When Istanbul Metropolitan Mayor Ekrem Imamoglu from CHP used the phrase "Local Government" for Istanbul for the first time, nobody realized what he actually tried to imply.

Until a few days ago, when Izmir Municipality's Mayor from CHP Tunç Soyer said that Izmir should have a flag and currency.

Do you understand the reason why Istanbul Metropolitan Mayor Ekrem Imamoğlu and Izmir Mayor Tunç Soyer are supported by a common ideology by all opposing parties despite the ideological separation?

These two statements reminded me of a news in 2016; With an American version of a plan prepared by the Sykes-Picot agreement 100 years ago, the news was telling Turkey is divided into six parts in the related documents.

The report emphasized an article in the New York Times titled "Could Different Borders Save the Middle East?"

The names given to Istanbul and Izmir in the article; "International Constantinopolitan State": and "Smyrna (Greek name for Izmir). Semi-autonomous with in Turkey ": it was emphasized as a Semi-Autonomous Izmir in Turkey.

Do not underestimate CHP Spokesperson Mr. Öztrak's statement "You are barking up the wrong tree". It is a very accurate point.

We heard it from Izmir Municipality's Mayor from CHP Tunç Soyer that “Izmir should have a flag and currency”...

Is it a coincidence, think about it...

Links of related news and the map are shared below. If you are interested, you can research deeper.

More in this category: « What Does SISI's Threat Mean? Invitation to Friday Prayer in Hagia Sophia »
Login to post comments
back to top