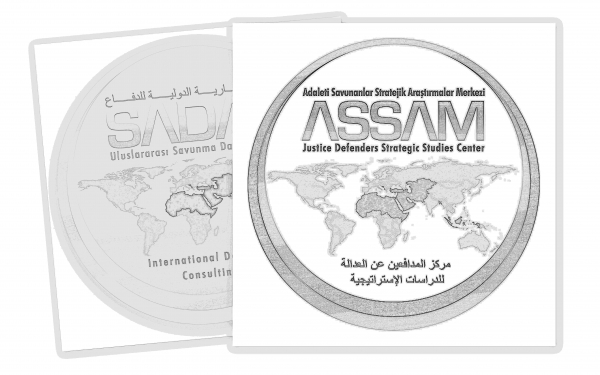 Move against the King

The World Press included the maritime border agreement signed between Turkey and Libya in December 2019 as a checkmate move taken by Turkey against all other actors in the game regarding the determination of the eastern Mediterranean region's jurisdiction. We felt so proud.

Many strategists have written about this agreement and still continue to write about it. I would like to make a point about the consequences of the agreement that public have overlooked.

All countries with ambitions in the eastern Mediterranean region have united against this move by Turkey, agreeing that the move will be wasted and that the way they will avoid being dull is through the elimination of the Libyan Government of National Accord and the cancellation of the agreement by the new government. As a result of the Berlin conference, only one way was left for Turkey, which was invited to Libya by the United Nations-recognized Libyan National Government.

Trying to get out of the Checkmate trap with pawn

Khalifa Haftar[i], commissioned by the CIA in 2014 to seize Libyan oil, is a pawn that is urgently supported by the task of overthrowing the Government of National Accord.

Meetings in both Moscow and Berlin tried to give Haftar legitimacy. I do not find it necessary to go into the background of these issues, which are already examined in detail by experts. But it is clear that Haftar does not have qualified human resources in the field. Despite the embargo, this terrorist, supported by weapons and ammunition, is shown to have seized 75% of the country by taking control of only the empty desert regions that form Libya's vast territory. Until the press informed that the mercenaries went to Libya to change the balance of power in favor of Haftar, whose human resources were insufficient, President Erdoğan said, "If there is a demand from Libya, we can send a private military company that employs mercenaries like Russia do".[ii]

With the eyes turning to SADAT, the cards had to be shuffled again regarding Libya. Wagner announced that they are withdrawing from the field.[iii]

In other words, President Erdoğan's demonstration of his will, made all parties to re-determine their positions in Libya. Although Turkey has an unimaginably important power internationally, some internal powers prefer to believe the fairy tales whispered in their ears rather than accept the fact that they see it.

Countries seeking benefits in Libya and the Eastern Mediterranean region and exploiting regional resources for many years were not late in launching a smear campaign by taking positions to prevent Turkey from playing the Private Military Company card.

Founder of SADAT and President of ASSAM Association of Justice Defenders Strategic Studies Center, Adnan Tanrıverdi has been developing strategies and producing projects for Turkey and the Islamic World to get out of the current situation and become a super power instead of living his retirement life since 1996, when they retired from the Turkish Armed Forces with the rank of Brigadier General.

Gathering thousands of people who were declared guilty and dismissed from public service under one roof during the postmodern coup period of February 28, ASDER was able to ensure that the victims received some of their rights even if it was limited in 2011. During these studies, ASSAM started to develop strategies as a platform within ASDER. These studies formed SADAT in 2012 and ASSAM took on a corporate identity in 2013.

Looking back today, retired Brigadier General Adnan Tanrıverdi has left important traces in turkey's last 50 years with services such as the period of active duty, www.adnantanriverdi.com website in his retirement, ASDER[iv], ASSAM[v], SADAT[vi], The Chief Advisor to the Presidency, the Membership of the Presidential Security and Foreign Policy Board.

Today, the breakthroughs in Turkish foreign policy bear the traces of the strategies and projects reported by Adnan Tanrıverdi 15-20 years ago.

Today, international forces that are hostile to Turkey are aware of these facts and carry out false, slanderous and smear campaigns on Adnan Tanrıverdi, ASSAM and SADAT.[vii]

These smear, false and slander campaigns are carried out in similar ways inside the country. In the third ASSAM International Congress event held in December, they accused the statement "Do not be lazy waiting for the Mahdi (pbuh), do your part to unite Islamic countries" into a fuss that "they will declare the Mahdi".

Thus, ASSAM works, which have been carried out for years but did not have the attention they deserve in the public, had the opportunity to reach large masses. These were also reflected in numerical data. 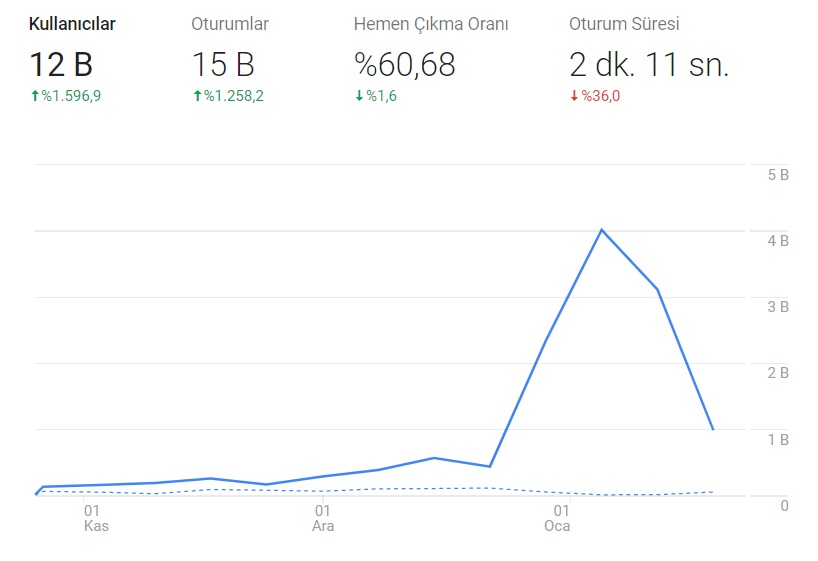 This brings us the determination to work with a greater sense of responsibility. Sometimes we have the opportunity to correct and compensate what we missed and forgotten with the feedback we receive in the intensity of our work.

Only prophets are exempt from mistakes. We commit a lot of mistakes. Therefore, Allah commands us to pray as follows;

Our Lord! Do not punish us if we forget or make a mistake. Our Lord! Do not place a burden on us like the one you placed on those before us. Our Lord! Do not burden us with what we cannot bear. Pardon us, forgive us, and have mercy on us. You are our only Guardian. So grant us victory over the disbelieving people. (Al-Baqarah 286)

Being 20 years ahead of Turkey

The target of the fuss today is Retired Brigadier General Adnan Tanrıverdi, who is seen as the founder of strategies produced 15-20 years ago, in the person of these exceptional institutions, as well as Turkey's gains in Libya and ASSAM's work on the Islamic Union.

These individuals and institutions, which carry out works that will save us 20 years or 50 years later. It is not possible for these people who are still stuck in the February 28 period, followed the agenda 25 years behind, and stuck with the thoughts of "isn't it a crime!" These minds cannot understand today and tomorrow as they could not understand yesterday. They cannot even see the realities of the world.

There are some “hypocrites” who impress you with their views regarding worldly affairs  and openly call upon Allah to witness what is in their hearts,  yet they are your worst adversaries. And when they leave (you),they strive throughout the land to spread mischief in it and destroy crops and cattle. Allah does not like mischief. (Al-Baqarah 204-205)

When the Turkish Armed Forces Slapped

In Libya, putting the name of SADAT was enough to change the balance against mercenaries who would support Haftar in order to take away Turkey's rights in the Eastern Mediterranean and to waste its moves.

Turkey does not need SADAT in Libya. Despite this, Haftar puppeteers shout with all their power because of the shadow of the hand raised by the Turkish Armed Forces to slap Haftar. The hand raised by the TAF will come down with wrath, and those who oppose Turkey in Libya will fall apart. Campaigns against SADAT, ASSAM and its founder will also end, whether they want or not. Then we will hear the actual cry.

Let's see who will cry out!

ASSAM and SADAT are Soft Powers

Today, ASSAM and SADAT are soft powers that do not even have the support of the state.[viii]

ASSAM is a Soft Power that creates strategies and produces alternative methods by presenting them to the world public opinion.

SADAT has no armed force, but operates as a Soft Power that provides reorganization, consultancy, training and equipment services to the Armed Forces and Police Organizations in Islamic Countries that will enable them to use their own Hard Power effectively.

Those who claim that SADAT has hard power, i.e. armed power, those who falsely lie that it is a secret army, those who claim to have or direct paramilitary, mercenary, etc., are guilty of not providing their evidence, information and documents to the prosecutor's office.

It is well-known tactics of FETO to shoot a video with the fake script and serving it to public opinion with the lies of "SADAT's staff". If you have evidence, go and file a criminal complaint. SADAT has been operating since 2012. It is not possible for anyone to prove that it has committed a single crime.

As our ancestors say;

The wolf that does not have one hundred dogs barking behind, is not considered a wolf.

More in this category: « Islamic Countries Common Production of Defense Vehicles One Step Closer to the Islamic Union which is Seen as a Utopia »
Login to post comments
back to top