Press Announcement for Martyrs of Gare 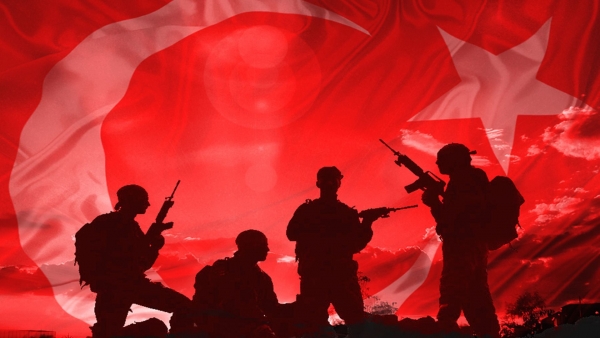 Our condolences to our nation

We are deeply saddened by the loss of 13 young children of our country, who have been fighting against terrorism in the region for nearly half a century, in a treacherous terrorist attack.

The efforts to bring these young brothers who have been held hostage since 2015 back to their families safely could not be achieved, and our Turkish Armed Forces had to undertake such an operation.

These attacks are indicative of a dirty, insidious and unnamed asymmetric war waged by the imperialists against Turkey. The Turkish State and Nation has a state tradition over the centuries. It has never negotiated with terrorist elements until today. We are sure that these 13 citizens would never consent to such negotiation. Because they will not want to harm the sacrifices of our martyrs, who shed their blood on these lands for the development of our country, where they continue their fight.

This war is no longer a secret. Imperialist states, especially the United States, are following a direct war strategy against Turkey over proxy wars. Today we have to be one and form unity. It is interesting that those who objected to the arrest of a party leader who was allegedly linked to terrorism. Those who raised their voices to release him, have not raised their voices for our hostage brothers.

It is interesting that they do not condemn terrorism. The Turkish and Kurdish brotherhood is an undeniable fact. Those who want to inject evil into this society, which has managed to live together in brotherly coexistence in Anatolian lands since Idris Bitlisi, realized that they will not be successful in these attempts, that they commit all kinds of meanness and treachery to hurt us.

Those who commit to these treacherous attacks and those who carry out collaborative strategies with them should know that this ancient nation will never surrender to terrorist attacks. The solidarity demonstrated by our mothers in Diyarbakır is the best example of this.

As Turkey moves from being a regional power to becoming a global power, these despicable terrorist attacks have come to an end. After that, nothing will be the same as before. These operations will continue until terrorist elements beyond our borders are destroyed one by one.

We express our satisfaction with the effective implementation of the CONCEPT of “DETECTING THE THREAT AT THE SOURCE OF IT AND DEACTIVATING IT BEYOND OUR BORDERS”, which is accepted by our government against external threats, also in the fight against terrorism. We declare that we believe in we will destroy terrorist elements in a short time with this concept, and that we are never concerned about their collaborators in Turkey will be eliminated one by one by our internal security forces.[[i]][[ii]]

Once again, we wish our martyrs' families and our nation our condolences and may Allah rest martyrs’ souls.

Sorry for our loss