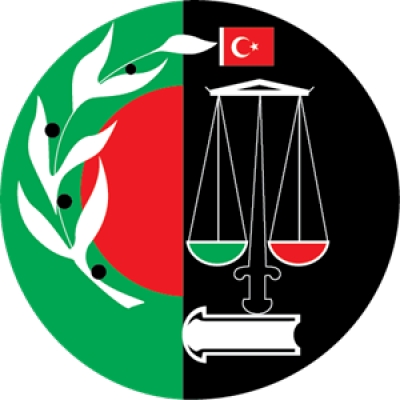 The purpose of international ASSAM Islamic Congress : Ascertaining daily political affairs of world on academic and political ground, particularly Islamic Countries, to present a manner to decision makers about essentials istitutions and and legistlations of these institutions in terms of gathering Islamic Satates under one administration.

The decision of providing the sustainability made in the end of discussions by civil society organization representitives from 27 Islamic States in first International ASSAM Islamic Union Congress.

The main topics of the series of "International ASSAM Islamic Union Congresses", which were first implemented in 2017 by taking the main fields of activity of the states into consideration, and planned to be carried out every year, are as follows;

topics above were selected to offer the required institutions and their legislations of these institutions which serve Islamic countries gathering under a common will and finding a common model finally.

The First Congress was held in Istanbul, the center of ASSAM, in cooperation with Üsküdar University, The Association of Justice Defenders (ASDER) and the Islamic World NGOs Association (IDSB) on 23-24 November 2017. The First International ASSAM Islamic Union Congress was attended by representatives of NGOs organizations and academicians from 27 Islamic Countries. At the Congress, summaries and notifications presented by 31 academicians from 11 countries were published on the ASSAM website.([i])

As a result of the Congress, it was concluded that “the Parliament of Islamic Countries” should be established and each Islamic country should create the “Ministry of Islamic Union” through their Council of Ministers, the “Declaration of the Confederation of Islamic Countries” was approved by ASSAM's Board of Directors and was also approved by 109 NGO officers from 29 Islamic countries, 80 of which was from Turkey, and was announced to the world public opinion through the press. ([ii])

Furthermore, a model constitution was drafted for the Confederation of Islamic Countries, taking into account the provisions highlighted in the declaration.([iii])

Will be held in Istanbul, the center of ASSAM, in cooperation with Üsküdar University, The Association of Justice Defenders (ASDER), the Islamic World NGO Association (IDSB) and the International Union of Muslim Scholars (IUMS) on November 01-02-03, 2018 under the topic of "ISLAMIC ECONOMY AND COMMON ECONOMIC SYSTEMS".

The following congresses are planned to be held in different countries in cooperation with NGOs of Islamic Countries under the auspices and coordination of ASSAM.

The language of the congress will be in Turkish, English and Arabic. There will be a simultaneous translation in the presentation of the notifications. Summaries and notifications will be converted into books and published on ASSAM web site, and the summaries will also be published in ASSAM International Refereed Journal (ASSAM-UHAD) electronically. The final reports of the congress, which will be prepared for execution, will be sent to decision making mechanisms and to all guests and participants from all over the Islamic world, and will be published on the ASSAM website.

Located in the center of Asia, Europe and Africa, known as the World Island;

Controls the Strait of Gibraltar which is considered as the entrance gates of the Mediterranean, the biggest inland sea of the World, Red Sea and Black Sea as well as Bab-El-Mandeb, Çanakkale and Istanbul Straits and the Suez Canal;

Has the opportunity to become an unrivalled center of world land, air and sea transportation routes;

In the future, it will have the ability to be superpower in the world by combining its geopolitical position, common civilization values and historical build up with its opportunities, efforts and goals.

GLOBAL ATTACKS ON THE ISLAMIC WORLD

The Islamic world, in its geography where it should be sovereign, has been turned to the area of the undeclared, secret, insidious, dirty and asymmetric Third World War. Where the elements of ethnic and sectarian differences within the unitary structures of each Islamic country are made fought with one another.

Despite of the advantages they have, Islamic countries have fallen into enormous chaos and disorders through the interference of the imperialist Western states. As a result of this turmoil, the Islamic geography is suffering from a case of destruction and famine. Millions of Muslims are forced to choose between leaving their homes and homelands or left to die. Thousands of Muslims die in different ways on the way of migration, while those who succeed in migration are forced to live in poverty and misery.

According to the data provided from the United Nations High Commissioner for Refugees 2016, only 5 million Syrian citizens have emigrated.[x] This figure is even higher with unregistered refugees. Syrian refugees have migrated to Turkey (2.749.140), Iraq (249.726), Jordan (629.128), Egypt (132.275), Lebanon (1.172.753) and other places in North Africa . Regardless of these figures, there are intensive attempts to migrate to Europe and most of them lost their lives at the Mediterranean Sea. Despite these negativities, the total number of the registered refugees who were transferred to Europe was more than 270.000 refugees.

The Third World War continues as an undeclared war (Hybrid Warfare) against the Islamic countries. After the collapse of the Ottoman Empire, the Muslims who were left without authority, tried to maintain their existence by establishing small states but they lost their unity and togetherness, so they became easy prey for the global powers. The United States, the European Union, France, Russia and China aim to establish their authority in Islamic countries in order to take over the Islamic geography by conducting proxy wars with the terrorist organizations they control and the asymmetric methods of war they practice.

Issues related to the procedures and principles of Economic Cooperation for the Islamic Union will be examined under the heading “Islamic Economy and Common Economic Systems”.

Aim of this Congress;

On the road to Islamic unity, in the light of the provisions that guide economic life in Islamic jurisprudence, it is the determination of issues aimed at the determination and development of economic cooperation opportunities between Islamic countries.

The declarations presented by academicians, who will participate in the Second International ASSAM Islamic Union Congress, will be included under the following headings:

Cooperation In The Financial Sector

CRITERIA FOR DETERMINING THE ECONOMIC POWER OF ISLAMIC COUNTRIES

a) Domestic And Foreign Trade Policies

b) Commercial Companies And Professional Organizations

e) Restrictions On Foreign Trade, Sensitivities Of The Country's Economy

f) International Economic Organizations With Which It is Associated

b) Tourists Coming to the Country

b) Aspects Of The Budget That Vary From Previous Years

d) Distribution of Investments by Areas And Places Of Production

More in this category: « Islamic World can Solve Internal Problems Relying on Its Own Strength (8 April 2016) ASRİKA Islamic Countries Union Confederal Republic Constitution »
Login to post comments
back to top