Legislation Examination and Research Board for Muslim States Union Bodies 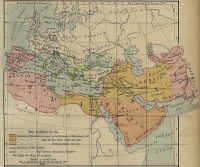 How will Peace be Established in the Islamic World? (September 22, 2014) Featured

HOW WILL PEACE BE ESTABLISHED IN THE ISLAMIC WORLD?

49 Turkish citizens working in the Mosul Consulate, who were taken hostage by ISIS militants on June 10, 2014, were rescued with a successful operation.

Our citizens held as hostage for 101 days were taken to Sanliurfa at 05:00 on September 20, 2014, from the border area under ISIS control of the Turkish-Syrian border (about 130 Km between Carchemish and Ceylanpinar).

I would like to highlight this operation, which is carried out without harming our citizens, is an important political achievement that reveals the power of our State and the abilities of our governors.

In the official statements, it was stated that "Turkish citizens returned home with an operation carried out by our National Intelligence Organization with their own methods". There is no clear explanation about the rescue operation. Behind the scenes of the rescue operation seems to remain a matter of curiosity. But the important thing is that our 49 citizens, who also have diplomatic identities, have returned home safely.

Exemplary Government Systems from Around the World

The desire to limit the power of those who dominate societies, together with the theory of separation of powers, led to the establishment of the modern state. Montesquieu, in his work titled "The Spirit of Laws", explained the formation of legislative, executive and judicial powers that are effective in state administration and their relationship with each other. Starting from this principle, the degree of relationship between the forces in the period up to the present has led to the naming of government systems in different ways. The judicial power, which is among the powers, is kept in a separate place in this relationship. Since the judiciary has a close relationship between the legislative and the executive in every system of government, the judicial power is excluded from the determination of government systems. However, in Continental European countries that implement dual judicial systems, the administrative courts, which constitute the administrative leg of the judiciary, and the Constitutional Courts, which were established after the World War II in order to limit the power of the executive and the legislature, have functions in power relations. The existence of this relationship does not change the form of the government system. In each country, there are courts established according to geographical principles with different names. Therefore, in this study, the judicial power, which does not affect the formation of government systems, is not included in the analysis.

The constitution (model) that determines the existence and unification of Islamic States, in the light of Holy Quran and understanding of ummah (determined by our prophet’s sunnah);

You could download the constitution (model) draft by clicking below given link. 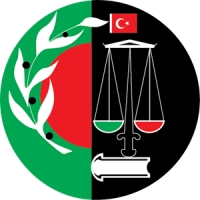 The purpose of international ASSAM Islamic Congress : Ascertaining daily political affairs of world on academic and political ground, particularly Islamic Countries, to present a manner to decision makers about essentials istitutions and and legistlations of these institutions in terms of gathering Islamic Satates under one administration.

The decision of providing the sustainability made in the end of discussions by civil society organization representitives from 27 Islamic States in first International ASSAM Islamic Union Congress.

Western Judges Who Turned Friendly Armenians at Us (!)

The harmonious lifestyle of the Armenians, starting from the Great Seljuks, turned into a complete strife as of 1890. After the Ottoman-Russian war of 1877-78, when Russia occupied some cities in the north-east of Anatolia, it started to provoke the Armenians there against the Ottomans. At that time, France was also organizing Catholics. Thereupon, Britain started to propagate Protestantism among the Armenians, and in the meantime, it began to instill separatist feelings. They made an unsuccessful attempt in Van in 1888, and finally succeeded in starting a rebellion in Erzurum in 1890. In the same year, separatist Armenians killed some Armenians they saw as pro-Ottoman in Istanbul [13]. In that situation, which was created by the provocations of France, England and Russia, Armenians were also turned against each other according to the Catholic and Gregorian/Orthodox sects.

Construction and Restoration of New Turkey

In 2013, the political-economic-cultural goals of the 2023-2071 year of the construction of a new Turkey were determined by our President Recep Tayyip ERDOĞAN and declared the goals of a strong national and independent New Turkey. Turkey's goals were a project of establishing a New Turkey by restructuring (Restoration) and building process in the "historical, cultural axis, geography", which is based on the return to its own values, namely, its own civilized values.

It is stated that the size of the universe, with today's data, is tens of billions of light-years wide at the macro level in the scientific world. Neither science, reason, nor imagination can go any further.

‘This mind does not need to grasp the meaning,

Because this scale does not carry that much weight’

However, with the light of the Qur'an and the light of faith, the truth can be felt and understood. Even if the creatures do not know, the Creator knows everything and makes them live in the best way possible. Believers believe in him based upon their rank. In this way, every side and every being become illuminated, gains its true meaning and becomes illuminated. The whole realm of existence is perceived with all its beauty and reality.

The universe, from its atom to its cell, from its stars to its galaxies, from its angels to its jinns and its human beings, with all its existence that we do not know, is a sacred language that describes its Creator, its Lord, and its greatness cannot be expressed in words, it is a divine rite.

GEOPOLITICAL POWER OF THE ISLAMIC WORLD

Political Liberalism and Islam Against Capitalism

Liberalism seems to be the best of the human systems today. What makes liberalism preferable within secular systems is that it can change as a result of experience and in line with the demands of “civil society”. But most of the intellectuals in Türkiye unfortunately have a habit of adopting the most extreme ones of every ideology. The most extreme of liberalism is classical liberalism, that is, capitalism, which favors the complete liberalization of the market. One of his most influential contemporary philosophers from the mid-twentieth century to the present is Friedrich von Hayek. Liberals in our country follow him to a large extent. Two writers of the Yeni Yüzyıl newspaper with the title of “professor” are examples of this situation:

Prof. Dr. Birol Kovancılar, in his article titled “I hate capitalism” on 19 November 2015, stated at this year's business world summit that Ali Koç said, “Capitalism must be eliminated for inequality to disappear. The real problem is capitalism” and he was criticizing Bill Gates’ words “I hate capitalism” that he has been saying since the 2008 World Economic Forum. Prof Dr Atilla Yayla, on the other hand, in his article titled “Capital and the Shroud” on November 20, 2015, criticized President Erdogan's speech at two sessions of the G-20 summit, urging employers to share some of their earnings with the poor by increasing the salaries of their employees.

New Socio-Political Construction in the West and the Islamic World (January 13, 2015)

In our article titled "The Unchangeable Social Psychology and Management Problem in Iraq and Syria", we covered the "only solution: violence" conditioning of the oppressed in the Middle East, which is caused by the oppression/violence of both local and invading rulers, with the example of Iraq. Our attention was focused on the socio-psychological construction of the Middle East. Not long after in France, we heard about the bloody attack on the headquarters of Charlie Hebdo magazine, which caricatured the Prophet Muhammad (pbuh). According to the latest concepts of modernity, the perception in the West was as follows: Oppressed “secular freedom of expression” versus cruel “Muslim terrorists”. In the Islamic world, however, there have been few who appreciate the aggressive ones. In other words, on the one hand, saying or making people say the sacred improbable words under the name of freedom of expression; on the other hand, committing or making people commit terrorist activities in the form of massacre in the name of defense of the sacred. This event required the subject of this article to be the new socio-psychological structuring of the West, to complete our previous article.