Wars of Religion Must Be Stopped (October 09, 2015) Featured

Looking at the attempt by both remaining members of the UN Security Council (Russia and China) to effectively join the region, it is understood that the Geography of the Middle East is on the verge of a new and great sharing.

The Islamic World is going through one of the biggest wars of religion in its history, supported by global powers.

There are volunteers of this war, there are those who are used and there are victims.

Global powers organize and equip the Shia and Wahhabi extremists and some ethnic minorities and have them attack the followers of Sunnah.

There is no doubt that salvation will come from the unity of the Ummah.

In the twentieth century, the principles of "the right of nations to self-determination" were first declared by Woodrow Wilson, the 28th President of the USA. These declared principles were concepts such as "Democracy-Human Rights-Rule of Law-Politics".

Armies Must Be Religious

Among the professions, there is no other profession other than the military profession that demands the fulfillment of the duty at the cost of his own life.

There is no doubt that people who cannot risk to die will be deprived of the spiritual strength that will increase their financial power many times in the face of risks that will endanger their lives.

In terms of the responsibilities it assumes, we can say that the military profession is one of the professions in which members must be religious.

In order to have the spiritual power it needs in order to fulfill its duty in the extraordinary conditions of war, the soldiers of the countries, regardless of their different religion, must be RELIGIOUS.

Victory of Sultan Mohammed Alparslan and Some Islamic States 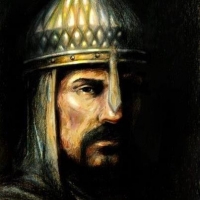 VICTORY OF SULTAN MOHAMMED ALP ARSLAN AND SOME ISLAMIC STATES

There are very important victories in Turkish-Islamic history. The “Battle of Manzikert”, which took place on August 26, 1071, on the Manzikert Plain in Eastern Anatolia, between the forces of the Great Seljuk Sultan Alp Arslan and the Byzantine Emperor Romanos Diogenes, is one of the greatest victories in Turkish-Islamic history. This Seljuk-Byzantine War, which opened the gates of Anatolia to the Turks, is very important in terms of its religious, national, political and military results.

The Islamic world does not have a common defense system. Defense systems on a country basis are configured, trained and equipped by about seventy companies based in Europe and the USA. Therefore, Islamic countries do not have defense strategies, industries and institutions based on domestic and self-resources. Is it conceivable that a defense system organized by European and US companies, which is entirely under the technical control of these companies, is independent of the political, sociological and military strategies of Europe and the United States?