The Memorandum-Like Declaration of 104 Admirals is not Acceptable! 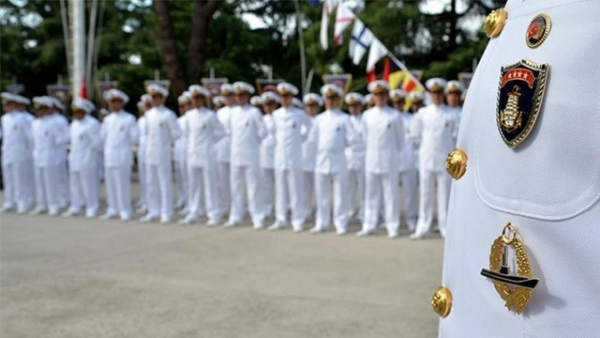 Unfortunately, the outrageous declaration of 104 Admirals is an undemocratic attempt in coordination with the opposition parties. The presentation of a declaration that evokes the midnight coups organized against the democratic system and national will experienced in the past in a way that reflects the emergence of the usual coup-mindedness to the press at night is a reflection and indicator of the expectation of the coup behind it.

It is very significant that such a declaration comes at a time when Turkey's active and effective foreign policy in neighboring countries and Nagorno-Karabakh initiative and especially in the eastern Mediterranean problem region has been criticized by western powers.

Moreover, it does not coincide with the concept of Homeland and Blue Homeland that western imperialism, which did not succeed after the coup attempt of July 15, was raised in a process where national and spiritual moral values that form the basis of the national will were targeted, sects and communities were unfairly and deliberately criticized, and hostility to Islamic values was made in the name of Kemalism and democracy over the behavior of an admiral who did what his beliefs required.

It is not possible to accept that this declaration, which we consider to be an excessive statement, is wanted to be raised above the will of the Grand National Assembly of Turkey. 104 admirals who came out of this army, which is accepted as the Sacred Hearth, should be aware that with this initiative they have opposed the will of our Nation, which has stepped into the last phase of Advanced Democracy.

The signatories of this declaration are the pawns of different civilizations in our country. They are the owners of the mentality that is formed by people who are behind the times, who have not utilized from democracy and the moral values of the nation, and who try to use the rank, position and financial possibilities that this nation have provided them, and they use it against the nation. If they respect for the national will, they must be brave enough to take the power to rule from the nation. Our country will not be frightened off by empty talks and it has long passed the era of puppet rulers who fear its own shadow. The Nation support its State.

Canal Istanbul is a sovereign right. It is a project that will increase the political and economic power of our country, which has come a long way towards becoming one of the world leaders. Montreux is a Straits convention that also covers the Dardanelles. Therefore, it is not possible for the Canal Istanbul Project to eliminate the opportunities provided to Turkey by the Montreux Convention.

We emphasize once again that the declaration they support with the statements of other opposition parties, especially the main opposition party, is an unlawful, excessive, intervention against democracy, an attempt made against the will of the majority of the nation, and we declare that we are at the service and support of the National Will. April 04, 2021