ON THE ARMENIAN-AZERBAIJANI WAR 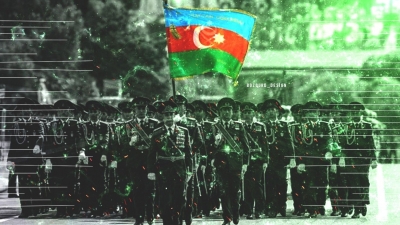 Armenia, with the 1992 Khojaly Massacre and subsequent conflicts, with the support of Russian motorized infantry troops, martyred more than 600 Azerbaijani descendants and occupied the Azerbaijani territory of ‘Nagorno-Karabakh'. Since then, Turkey has been experiencing a great economic crisis, since Armenia has closed its borders to all kinds of economic relations and does not have an exit to the sea.

July 12 September 2020, Armenia has not yet been able to heal the wounds of the Azeri response to the raid on the Azerbaijani border passing near the town of Tovuz, now on the morning of September 27, repeating this, the arrogant and Western ruling leaders of this country have lost their minds or some imperial state leaders have whispered in their ears in the direction of the attack. In the meantime, it is worth remembering that the Armenian President was a senior manager of the French Mobil Oil Company for a period.

During the events of 1915, the Ottoman state sent Armenians living on its territory, which it considered a threat to its survival, to safe places with a relocation operation to ensure their safety. As subjects of the Ottoman Empire, Armenians in Anatolia, who lived in more prosperity and wealth than they had ever experienced in their history, acted together with the Russians in the Ottoman Russian war of 1877-78 and the Sarikamis operation of 1914, provided them with intelligence and facilitated the Russian invasion of eastern Anatolia by guiding them. Turkish villages were raided and innocent women and children and old people were burned en masse with bayonets.

With this latest attack by Armenia it is necessary to pay attention their motivation, whether it is Russian support under the "collective security agreement" led by the Russian Federation or France has provoked and encouraged Armenia since time immemorial, provoking “ambitions to go to the Black Sea” to the Turkey's North Eastern Sea coast. Because France is the state that most supports the events of 1915 in the West and is the subject of lawsuits and sanctions. France wants it to be widespread in all Western countries, especially the United States. A state that fabricated a lie about the murder of 1.5 million Armenians. In fact, as many as 1.5 million Turks and Azerbaijanis were killed, while the documents proved.

Azerbaijan, with the support of Turkey, established the Military Academy in 1996 and made good use of support of Turkey about military strategic advice, training Azerbaijani officers in Turkish military schools and the domestic defense industry. Azerbaijan is not Azerbaijan which was 30 years ago, and has advanced in the art of military service and economy.

Turkey has to be with its Azerbaijani descendants for its survival. Armenia, which often snarls like a dog, needs a good lesson and should take advantage of this opportunity to save Karabakh, which has been occupied for 30 years. Otherwise, it will be destined to continue to condone the distraction of the member states of the Organization for security and cooperation in Europe (OSCE), which they have not resolved for 30 years.