Palestine Must Also Have an Army! 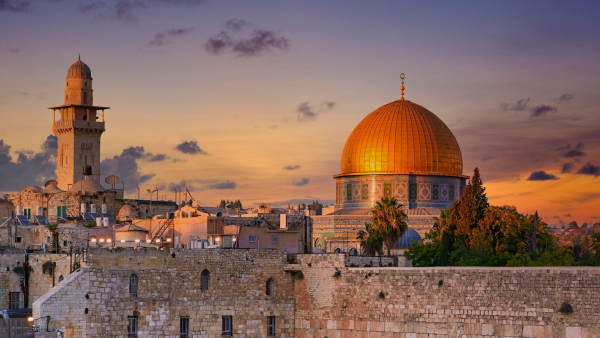 It is time to stop the occupation initiative of Israel, which has occupied Palestinian lands, especially Al-Aqsa Mosque, with heedless and terrorist acts since 1946.

We need to understand that the Christian world has no intention of preventing the massacres of this excessive tribe, on the contrary it encourages massacres, Israel has placed in the Middle East as a Trojan horse.

In the face of all the assets of Israel, Palestine has almost no weapons. It has no drones, no navy, no tanks, no air defense system.

Throughout these attacks, Israel also trampled on the honor and glory of the desperate Islamic world.

An army must be established in Palestine in order to stop the attacks of the Israeli state, which is far from taking a step towards peaceful solutions in international relations, on Al-Aqsa Mosque, the holy site for the three religions, every Ramadan and the attempts of the Jewish settlers to occupy the region permanently. Or, a Peacekeeping Force to be formed jointly by Islamic Countries should be sent to Palestine immediately.

From the minarets of Al-Aqsa Mosque; Their cries of “Where is Saladin?” once again revealed that the Islamic Union should be established as soon as possible.

On this occasion, we invite all Islamic Countries, especially Turkey, to unite under the umbrella of the Islamic Union.