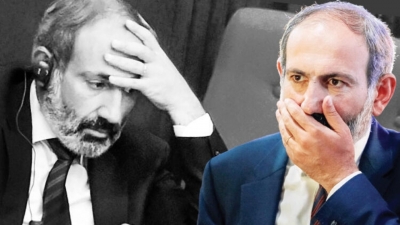 In Turkey, even around the world, strategists, writers, spin-doctors, dissidents were divided into two parts. The world is now talking about Azerbaijan and Turkey. They talk about Turkey's attempt to redesign the South Caucasus and Central Asia with Russia, drawing on the charisma of the world Minsk trio.

Some claim that Azerbaijan brought Russia to the region after 27 years. While it is possible to get Nagorno-Karabakh at this speed, it is unfortunate that the ceasefire was signed and Russia was invited to the region as an observer, and it is stated that Russia was settled in the region in order not to come out again. By the winner of the war is from Azerbaijan itself.

Turkey emphasized that a stable support will be on side of Azerbaijan in terms of diplomatic, political and military. Everyone, including Russia, the Patron of the Armenians, avoided active intervention in the region. Maybe they just could not afford it. While Azerbaijan was delivering its murderous blow to Armenia, the Minsk group and western countries could not make sense that they did not intervene in the war on the side of Armenians.

Azerbaijan, with the military and political support of Turkey, continued its full-speed offensive, hitting, neutralizing and capturing Armenia's positions. Armenians could not even carry out a considerable attack on Azerbaijani military units. However, they attacked civilians corruptly.

As İlham Aliyev said Armenia, which has been beaten since September 27, had to sign this cease-fire agreement weepingly by running to the corridors like a rat when they had no strength, economic and military power to fight. Armenia pleaded with the Russian leader Putin for help. Putin made a call to the two countries to stop the war without wasting time after Azerbaijan captured Shusha and had it accepted.

Of course, as in every war, it is a natural result that this war has its winner and loser. In reality, Russia took the step that would prevent Nagorno-Karabakh from being taken over by Azerbaijan, by intervening in a timely manner, and finally saved Khankendi, Khojaly and Agdere, preventing the complete annihilation of the Armenians and their emigration from the region.

The point to be taken into consideration here is not Russia's gain but the analysis of the facts behind Azerbaijan's success in implementing such an offensive plan. How is it that Azerbaijan has not responded so much to the attacks of Armenia until today, and on September 27, like a lion, it rode on its prey and managed to bring it to death surrender by strangling.

To understand this, it is enough to take a look at the Tovuz attack in July. In the Tovuz attack, the Armenians had martyred the soldiers, including the Azerbaijani commander Polat Hashimov, who was thought to be the future chief of the General Staff by planning, designing and deliberately hitting them.

Azerbaijan did not expect this attack and was caught off guard. It did not have a counter-operation plan to respond to Armenia. Maybe for years they knew that they would once again go to war with Armenia, but they could not foresee that the day would happen after the Tovuz attack.

At this time, Turkey stepped in and whispered in Azerbaijan's ear that it was time to say enough was enough. Remember, immediately after the Tovuz attack, a series of exercises began between Turkey and Azerbaijan, and the plans for the September 27 attack were made one by one.

Turkish UAVs and AUAVs were included in the Azerbaijani army inventory but were not sufficient. Those deficiencies were also completed in this short time. Accelerated training was given to UAV / AUAV pilots. Targets, attack directions and encirclement points were determined.

And the war started when one of the classic attacks on Armenia took place since the past. The Azerbaijani army initially encircled the Nagorno-Karabakh region along the entire border line with Crescent Tactic. It did not leave a single gap. They did not enter from the Kalbajar and Aghdere regions in the north, because they knew that these were the areas where the Armenian people were densely populated and were at the level of the red line for the Russians. On the contrary, they entered Fuzuli, Jabrayil, Zangilan, Kubatli and eventually Shusha region. Even though Khojaly has seized many strategic villages, in order not to provoke the Russians, they did not declare them through the press. As you can see, this success of Azerbaijan was not accidental, it could not be.

There was concern about the intervention of the Russian Army in Azerbaijan. There is Kumru Base of the Russian Army in face of Turkey's Kars province. It is a known fact that there are Russian soldiers on the Armenian border, except in the Karabakh region. The commander of the Russian Peace Force Observation Points to be established in the Nagorno-Karabakh region is General Rustam Usmanovich was also in Kumru Region. Russian Commander Rustam Usmanovich did not come to Nagorno-Karabakh from Russia with his soldiers, he came from the base located nearby.

Although Russia does not interfere the events made people think that Russia cannot agree with Pashinyan, no emotional ambition can never override Russian interests. A leader like Putin cannot and would not ignore Russian interests in Nagorno-Karabakh for an ordinary prime minister he does not like. The only and real reason why Russia did not intervene is that Turkey declared that it was on the side of Azerbaijan in terms of military. Russia could not afford to confront Turkey in Karabakh, where it was an ally on many fronts.

The emotional approach demands that Nagorno-Karabakh be taken by military action entirely with overwhelming force. However, Azerbaijan never thought of expelling Armenians from Nagorno-Karabakh. The Armenian people know that it is more honored for them to live in Azerbaijan than to live in Armenia. Shusha, Hadrut, and many strategic villages of Khojaly are under the control of Azerbaijan. Hadrut belongs to Armenians for long time. Azerbaijan did not even consider changing its name.

In short, Azerbaijan did not initiate the operation by attacking the settlements where mostly Armenians lived. What happens to the spin-doctors who despise and want to overshadow this victory when Armenia says that they will sign this agreement? Those who do not pay a price, those who are not in the field do not have the right to comment on this issue. It is necessary to ask it to the Azerbaijani people. Azerbaijani people paid a great price. Almost one martyr was given from each house. There are still missing soldiers. If the people wanted this war to continue, would they have poured into streets? Would they throw a cry of victory?

Why do Azerbaijani people celebrate? Why are the people of Armenia mourning? This is an absolute victory. Regions taken without going to war are a success for us.

There is no long-term problem for Russia to come to the region. If Azerbaijani citizens are settled in the region with a systematic planning, if the region develops economically, if the Armenians are subjected to commercial isolation, they will have to leave the region automatically. Moreover, if one of the parties says that after 5 years, we do not want the Russian Peace Force in the region, Russia has no choice but to go.

Armenia is the loser of this war. The USA and France got their reputation ruined. Western imperialism collapsed in the Caucasus. Yes, also Russia seems to be profitable. However, the State strategy is not so ordinary. It is long term and long lasting. It is not strategic to defeat Russia in front of Azerbaijan, with whom you must ally in Libya in Syria. Is not rational at all.

Those who underestimate and overshadow this victory of Azerbaijan and indirectly Turkey either cannot understand or deliberately cooperate with dissident segments. Turkey has found a direct route to Central Asia through the corridor that will be opened to Azerbaijan via Nakhichevan. Security control of this region will be provided by the Russians. Otherwise, there will be no possibility to interfere with the nature of the elements that will pass through this region. Armenia is surrounded by Azerbaijani territory of Nagorno-Karabakh.

When asked to talk about the status of the region after the agreement, Ilham Aliyev took a determined attitude. The status quo has gone to hell. There is no status quo. He gave clear messages for the future. Turkey has destroyed the Armenian corridor, similar to the terrorist corridor that was intended to be established in Syria, on its southern border.

It provided a secure authority in the minds of the countries in the region. Russia's presence in Armenia's Nagorno-Karabakh has been a glaze of Turkey's strategic moves on all fronts, especially in the Eastern Mediterranean. By arousing Russia's appetite, they have put into operation a plan that will destroy the plans of all countries with imperialist ambitions in the region.

The strategy put forward before and after the Azerbaijan War is the product of a long-term understanding of the state. Turkey is not yesterday's Patagonia. It is the last link of a state tradition that has an ancient tradition, has given direction to the world and has opened and closed the era.

Take your time, we are just beginning. It will not benefit you and our country to belittle a victory that opens the door to future victory without knowing what the future will bring.

Pull yourself together. The future is ours. It is Turkey’s.

More in this category: « Tell Me, Macron: Why Should The Better Be The Enemy Of The Good? How Should Turkey's Road Map Through Azerbaijan Be? »
Login to post comments
back to top