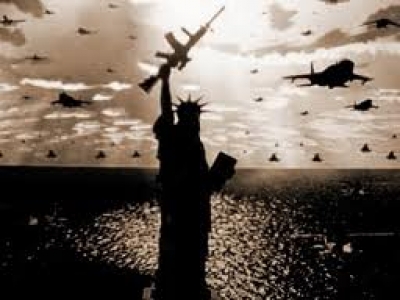 “Geostrategic players are states that have the will and capacity to use power and influence beyond their own borders to change the current geopolitical situation.”(The Grand Chessboard Z. K. Brzezinski) With its effective foreign policy, Turkey is taking decisive steps towards becoming an effective player that manages the pieces of chess, rather than being a chess piece in the game, both in terms of civilization and geography where it is located, and in the global arena.

In fact, the strategic position that the Ottomans took from the ancient tradition and developed itself, which is the historical memory and heritage of Turkey, should have always keep us at the top of other actors as a plus value. However, after the establishment of a new regime, the Republic, there was a historical, radical break that refused to create a philosophy of history and memory instead of bridging tradition. Thus, the historical existence consciousness of the society whose identity consciousness was worn out, was put in danger. As a result, a system that excludes ideas and societies has emerged, detached from the common human consciousness and eventually turned into a chess piece, pushed out of history, and being a passive society has become inevitable. Therefore, the Republic of Turkey is confronted again with its geocultural and geopolitical responsibilities. Of course, these responsibilities have taken the state out of passive and recessive understanding and placed heavy burdens on Turkish foreign policy in the transition process to dominant position. However, it has also provided new opportunities; It has also taken its place as the most prominent elements in the reshaping process of geostrategic mentality and identity.

As a result of the layering and apparent formation of historical identity consciousness in this process, a tradition of a continuous strategic mindset must be formed, which is not introverted, sectarian and primitive. The relationship between mentality and strategy emerges in the intersection of space perception based on geographical data and time perception based on historical consciousness. The fact that different societies have different strategic perspectives is actually the product of different world perceptions based on these dimensions of space and time. In other words, this perception, which means the change of physical space perception, when evaluated from this point of view, it is the combination of time and space perception and historical memory consciousness. There is the same thought between the concept of ancient civilization that encompasses the past in the Ottoman Empire and the idea of the "Eternal State", which claims to determine the future, and the burning of ships after Tariq ibn Ziyad landed in Spain. Likewise, the "Stoic" understanding, which means that "if the city was taken on a larger scale than the city, which is shaped by Alexander the Great" whose roots are rooted in Socrates, it is necessary to fill the interior of that scale, a larger order, created a synergy as a result of the interaction of the ancient basin of civilization and the newly arrived administration with each other in the geographies in which it set foot.

All these examples transcend the concept of boundary that binds them by trying to attribute a meaning to people's existence in the transition from organic to mechanical structure to a large and comprehensive order, opening the front-line and horizon; thus, it can be read as an effort to create a new civilization. If we consider our basic dynamics within this framework, we can understand that the prediction that the MIT, Police and Judiciary powers also positioned each other on this axis, which is apparently portrayed as the AK Party-Fethullah Gülen Community conflict, is not at all what it seems. When we try to understand retrospectively in the context of Turkish foreign policy that has been reshaped, we can easily see that the blurred situation becomes clear. Ahmet Davutoğlu stated that since 2002, the AK Party government has been in a period of great restoration in foreign policy, that some of its reflexes reflect the period of Abdul Hamid, some of it the Union and Progress, some of it the period of Atatürk, some of them the period of İnönü, it is wrong to put them all in one mold. (December 26, 2010/Sabah Newspaper)

From this point of view, Hakan Fidan, just like Ahmet Davutoğlu, has a vision that does not fit the standard bureaucrat mold in terms of creating front lines and horizons. Founded in 1992 with the will and support of the late Özal in order to respond to the restructuring, orientation and development needs of the Turkish Republics after the dissolution of the Soviet Union, when he was appointed as the President of the Turkish Cooperation and Coordination Agency (TIKA) in 2003, TIKA was a classic institution that had become cumbersome, and whose power and capability had become quite limited. With the courageous initiatives of Hakan Fidan, TIKA has become one of the effective instruments of foreign policy. The new structure, which continues to expand its activities in 26 different locations from Ukraine to Palestine, has eliminated border perceptions. As if this was not enough, in 2007, in terms of strengthening Turkey's geocultural position, he pioneered the establishment of the Yunus Emre Institute, which operates today from Belarus to Yemen, from Mongolia to Lebanon.

All these projects related to foreign policy were shaped by being kinetic by the skilled bureaucrats who are grown by the state, which almost became the school of politics with the AK Party rule. Of course, global and regional actors cannot accept the Republic of Turkey, which removes the borders within this context. After the 2011 elections, the Prime Minister's speech, not limited to the citizens of Turkey, for the peoples and states of all countries in the region, displayed an attitude that could be interpreted as "Stoic Reaction".

In terms of MIT's mission and vision, which Hakan Fidan also stated at the MIT and media meeting in January 2012, “Our organization is the star of the region, it will be a global star in the near future ...” his words are very meaningful. The world, especially the culture and civilization in which Turkey is located, in terms of itself and its global rivals; The efforts to smooth the geography and act as a global playmaker, which we can call memory renewal, of course, greatly disturbed many players on a global scale. Can global actors more easily control The Gülen Community's Turkish schools abroad? Or a comprehensive and deep-rooted state project that stands out from schools and carries the traces of its ancient and permanent civilization shaped by the will of the state, active in every lane? Of course, a Turkish foreign policy with historical references and memory for enemies and opponents is not something that can be easily controlled. In this context, everyone knows that the MIT cannot be evaluated separately from foreign policy. As such, the operation to file the AK Party, which changed its position and strategy, declared that it was in the period of "mastership" and purge of a determined MIT Undersecretary; The groundwork for so-called legitimate grounds has been established, and the US-centered neo-con and Zionist lobbies have attempted to do so through the Fethullah Gülen Congregation. In an article written by İhsan Yılmaz on February 10, 2012 in Todays Zaman, the government's policies criticized by "Service" were clearly expressed. These are briefly listed as follows: “Iran's tolerant policy towards the possibility of obtaining nuclear bombs, entering into a useless fight with Israel, the Mavi Marmara, the failed Kurdish initiative, the Prime Minister's unnecessary fight with journalists, being hesitant and unwilling to go over the Ergenekon organization...” If this differentiation was previously known by others (which is possible known), it is necessary to analyze this conflict well and see it as the efforts of global actors to purge Hakan Fidan through the Gülen Congregation and thus to neutralize Turkish foreign policy. From this point on, at this historical turn, when the ships were burned, that is, at the stage of going back to history, no one was asked to react cynically in the way that Diogenes "stand out of my sunlight Alexander the Great", that is "your global order should not disturb my micro but meaningful world". No one should return to the "cynical reaction" model. Is there any difference between Kemal Kılıçdaroğlu's discourse "We must question the existence of the Turkish soldier in Afghanistan" and Diogenes? At a time when existing patterns are in the process of purge and reconstruction and are being discussed, we can only produce new ideas by pushing the boundaries of the existing paradigm and going beyond it. As Ahmet Davutoğlu said: “It is impossible to get rid of passiveness unless the strategic mindset is based on an existential claim. And this is why only societies that have formed a strategic mindset and can reproduce this mentality with new concepts, tools and forms according to changing conditions gain the ability to put weight on international power parameters.” (Stratejik Derinlik-A. Davutoğlu-Küre Yayınları-2010)