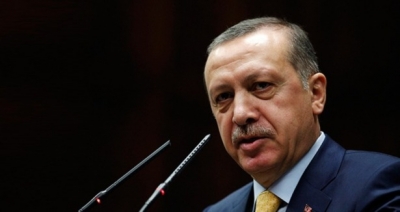 The increasing discontent with Turkey in the recent period is the pain of regaining our place in the past and the transition from organic structure to mechanical structure. This is the disturbance against Prime Minister Erdoğan.

Saburo Okita, who served as the Ministry of Foreign Affairs of Japan in the 1970s said: 'An army with uniform is not the only form of an army. Our warrior spirit, hidden behind scientific technology and businessman clothes, will be our underground army'. Indeed, we live in an age where money, finance, technology, ideologies are put before us, and energy-origin security and strategy policies are created and shaped. However, there is no longer a European-centered cultural life. We are experiencing a new process in which even Africa tries to create an African consciousness by rediscovering itself, and all these cultures, including Latin America, are experiencing a period of self-discovery where the Islamic culture, where China and India rose with their own unique cultures, has entered into a great movement. They are no longer a constructive, passive culture and civilization. As in the past, the shaping of a passive world by an active European culture has become a gray area.

The process called modernization has gained momentum, functioning in a multifaceted way and opening the distance between it and Westernization. Modernization is now a structure that includes China, India, Japan, Africa, and Islamic geography, and all of them have become a part of the modern. Turkey has seen this philosophical ground again and embarked on a reconstruction process on the stage of history. While Europe used to be a 'under threat but risk-free' country, today it has become a 'not under threat but risky' continent. For half a century, a 'taboo' that threatened peace has disappeared. Communism, a common unifying and solidarity element, no longer exists. Europe is seeking to create new taboos as a unifying element. The prominence of Islamophobia in recent years inevitably raises the question of whether this 'taboo' can be Islam or not. This illusion and subjective view is due to the fact that the Islamic World is not homogeneous, monolithic and monophonic, perhaps deliberately overlooked.

Although the tradition of the state and its governance philosophy sometimes suffer from temporary paralysis, Turkey, which differentiates itself from the states with slums in the region, including Europe, has recently turned into a more active and proactive synergy center for both the North and the South. Contrary to Francis Fukuyama's 'The End of History' thesis, the AK Party government acts in an effort to become the subject that is free from cynicism and expected to reshape history and civilization. He has proved to the whole world that history does not end and flows again much faster, and that he has reshaped history and political philosophy by not watching this flow from the edge and taking place and front in himself. Since the Ottoman Empire, these tight and deep-rooted ties to each other have been constantly eroded by the 'troop of guardsmen of globalization' and the social fabric has been tried to 'rhizomize'.

PAINS OF BEING ACTIVE

Turkey, which disciplines Israel in the region and has become a global actor and role model in neutralizing oppressive regimes, has almost made us say, ‘These Turks are crossing the line.’ In this environment, both rival countries in the region, as well as the 'Neo-Cons' in Europe and the USA, everyone is trying to give orders to Tayyip Erdoğan with any instrument. Europe is rapidly moving towards becoming a country of uncertainty. Because the economic, political, cultural and strategic maps of Europe do not overlap with each other anymore. This means that Europe is at least from now on, moving away from being the center of the world. In this respect, instead of explaining the latest events only with the interest rate lobby; I think it means political, economic, cultural global special interest lobby, which will enable us to see the big picture more clearly.

In fact, all of these are the pains and discontents of taking our place in the past and the transition from organic to mechanical structure. Although it may seem paradoxical that Prime Minister Erdoğan does not back down, it is necessary to look for the reason for this in the direction of being both cautious, aggressive, initiative-taking, conservative and imaginative, in short, in disorder, capable of establishing order. The whole world should have learned this after the incident of 'One Minute’ at least.

More in this category: « Why Should Turkey Set Up A Military Base In Libya? “Necessary Evil” and its Global Bosses (September 17, 2013) »
Login to post comments
back to top